Letter from an Addict’s Parents 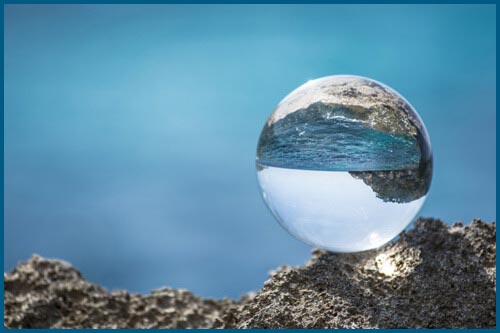 Recently, our 37-year-old son died of an accidental heroin overdose. He was an avid surfer who dodged big waves and sharks, but could not dodge addiction.  We are devastated by his unexpected and untimely death.

Addiction is a family illness that not only had a huge impact on our son, but also on the rest of our family: unending worry, broken promises, shattered dreams, financial hardships and disrupted relationships. We initially endured these agonies alone, feeling embarrassment about this unfairly stigmatized condition, but eventually found welcoming and recommended support from Al-Anon members and the Drug Abuse Alternative Center in Santa Rosa. Our family suffered mightily as we watched a sensitive and bright individual overcome by a relentless and cruel illness that ultimately took his life. Through the many difficult things we endured, our son suffered greatly as well. Despite a year of being drug-free and making positive changes, in the end, addiction won. Now we are left with the difficult task of accepting the permanent loss of someone we love deeply.

We feel it is important to have compassion for addicts who often feel shame and guilt as they see the harm they are doing to themselves and others. However, this is not easy, because the disease frequently changes a person into someone with few redeeming qualities. Addiction is not a weakness or moral failing, but a complicated disease with many facets including brain chemistry, genetics, environmental factors, and trauma. It is difficult for those of us not addicted to understand the compulsion that drives addicts to use. Their need for drugs has been likened to the need for air.

Drug and alcohol abuse is epidemic in our country. The opiate epidemic is killing over 150 people a day and the numbers are rising; overdoses are now the leading cause of death for those under 50. Even though addiction touches many families, few people are well-informed. While Alcoholics Anonymous and Narcotics Anonymous have been valuable programs for many addicts, a one-size-fits-all approach for treating addiction has failed others. Newer evidence-based treatment programs including medical support/effective medications and addressing underlying mental health issues will help more addicts find long-term recovery.

The Affordable Care Act mandates that substance abuse has parity with other medical conditions but in the current political climate ACA/MediCal reimbursements for treatment programs are in jeopardy. As it is, there is a severe shortage of treatment programs and those that do exist are often prohibitively expensive. Even as a physician and nurse with some resources and knowledge of navigating the system, we often hit dead ends while trying to find support for our son.

For us, what is intensely personal has become political. The senseless death of our son brings home the horror of the nationwide opiate crisis. The “war on drugs” has not been effective, yet we persist in criminalizing drug use instead of treating it as a medical issue. There is a model for the approach we could take. In the 1990’s, one percent of Portugal’s population was addicted to heroin. In 2001, Portugal decriminalized drug use and now provides mandatory treatment for addicts, resulting in a drastic decline in drug-related deaths. Portugal now has the second lowest overdose death rate of the twenty-eight member European Union. And, it is far cheaper to treat those with addiction than to jail them.

A new approach may save other families from the heartbreaking pain and loss we are experiencing. Our son’s keen intellect, his kind heart and the love of his family could not save him. Perhaps a more enlightened attitude would have made a difference. It certainly wouldn’t have hurt.